Museum of Truus’ children in Alkmaar 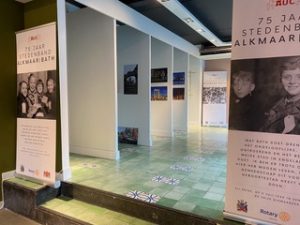 An exhibition about the life of Truus Wijsmuller-Meijer has opened in the former Oilily building on Waagplein in Alkmaar.

Here the special story is told about this woman who was born and raised in Alkmaar, who saved the lives of 10,000 children from the hands of the Nazis. Two years ago, a beautiful statue was unveiled for Truus on the Vaulted Stone Bridge.

A second part of the exhibition zooms in on the relationship between Alkmaar and Bath.  The friendship between the cities exists already for 77 years.

Eli Prins from Alkmaar, who fled to England and ended up in Bath, made sure that the people of Bath cared about the fate of the Alkmaarders. Two famous Alkmaarders, in other words, who represent the bond with England:

Truus, who let the refugee children escape to England and Eli Prins, who organized survival packages for Alkmaar in England.

You can read a recent Dutch news article here in de NH Alkmaar.

More background information can be found in the publication: The children of Tante Truus

A delegation of Bath will visit the museum

On the occasion of the 75-year twinning between Alkmaar and Bath, a delegation from the Bath-Alkmaar Twinning Association will visit Alkmaar from 19 to 22 May 2022. The 75th anniversary has been postponed to this year due to corona. Naturally, the delegation will also visit the Truus Wijsmuller-Meijer Pop-up Museum. 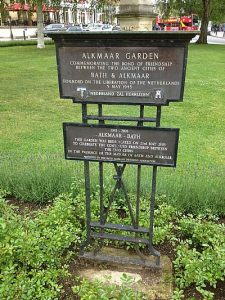